Produce Auctions … at Your Bidding

Fill your freezer for a song at produce auctions
By Sarah Fritschner / Photography By E. S. Bruhmann | September 16, 2019
0 Shares 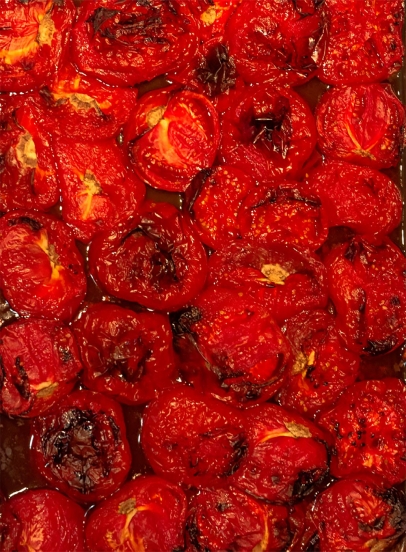 Many of us spend some of our summers engaging in annual rituals — pool days, beach vacations, family reunions — activities that take planning, travel and time.

This year’s days for summer vacation have passed, but one custom I look forward to each year is still available. Each year, I visit a Kentucky produce auction to stock up on locally grown produce that I can preserve to use all year, mostly ripe bell peppers and tomatoes.

Five produce auctions operate in rural Kentucky, established to serve the needs of Amish-Mennonite farmers who want to sell a large amount of produce in big batches. The auctions are all more than an hour from Kentucky’s major cities, from the most western one in Christian County (Fairview) to the most eastern one in Bath County (Owingsville).

They open each spring, often in April, when they fill up with spring annuals, hanging baskets, vegetable plants, shrubs and sometimes trees, and wind down in October with pumpkins, winter squash, gourds and thousands of mums. In between, they’ll often auction hay, or firewood, sometimes farm tools.

Obviously, shopping at auctions is not convenient or even practical for the average cook. Generally the auctions are attended by buyers for small, independent grocery stores or produce stands, or produce distributors, all of whom are ready to buy pallet upon pallet of fill-in-the-blank: tomatoes of every hue and size, peppers, cucumbers, cantaloupe, watermelon, corn, onions, beets, green beans, squash, potatoes, cabbage, the occasional eggplant and other produce all at prices that are far, far lower than any supermarket or farmers’ market you might frequent. The auctions are designed for these large buyers.

But frequently there will be odd lots with smaller amounts of produce. The Lincoln County auction will sometimes sell as few as five boxes of a vegetable. Fairview has a separate building for buyers of smaller quantities. If you walk around the auction floor as items are being delivered, some of these smaller lots will be obvious. Make a mental note of those products you’re interested in and go to the auction office for your auction number. All the auctions have at least a few organic producers. If you’re interested in organic produce, ask at the office how you might find it.

Some small lots aren’t so obvious. A pallet with nine pecks of half-red bell peppers might be sold in smaller lots. Many retailers avoid half-red or half-yellow peppers, so they are usually inexpensive. I paid $3 per peck for a lot of three pecks. These half-ripe peppers complete their ripening on a kitchen counter in three or four days, sometimes less. Then they are ready for slicing and freezing, or, if you’re truly a masochist, broiling, peeling, coring and freezing.

I happen to love red peppers either way. And if I plan to buy a few pecks and impulsively buy a few more, I have a couple of weeks of hard labor and an entire year of using peeled peppers for salads, sandwiches, wraps, dips and sauces and frozen pepper strips, used to start virtually every soup and chili at our house, among other dishes.

As for tomatoes, there are all sorts, as tiny as an English pea and gargantuan heirlooms with a multitude of crevasses. “Slicers” dominate. Slicers are the perfectly round, perfectly red tomatoes that you expect, after all your experience with grocery store tomatoes, to be white and pithy on the inside. Instead, these are red, flavorful and suitable for that one tomato pie you will bake each year (the one with the mayonnaise and cheese), for hamburgers and sandwiches, for dicing fresh with pasta and fresh basil, as a side to any entrée you might cook from now until they are no longer on your counter or in season. There are plum tomatoes also, and multi-colored cherry tomatoes. And then there are tomato “seconds” or “canners.”

At the auctions, produce is “retail ready.” That means it has been graded by retail standards, with no odd shapes, scars or bruises. They are so perfect looking and well-sorted that you can hardly believe they are home grown. Even the heirloom tomatoes are grown, picked and graded so that, generally speaking, they can last on your counter for several days, even a week, before they begin to ooze.

Many, many tomatoes are sold as “seconds” yet they are in relatively perfect condition. They might have a few more scars than is normally allowed, or they might have a soft spot. They’ll sell for far less than “firsts.” It’s not unusual to pay $6 for 10 pounds of seconds.

Likewise, “canners” are sold to be canned—often in 20- or 25-pound boxes—but are also in good enough shape to spend a few days on your kitchen counter before they begin to go bad. So you have a little time to work with. These seconds might sell for $8 per 20 pounds. As you might imagine, impulse buying is always a risk.

Then the work begins. In the past, I have cored the tomatoes and put them in a huge pot to simmer overnight and often the next day, to evaporate much of their liquid by simmering.

This year, I removed their cores and roasted them on a large sheet pan at 425° for an hour, turning the pan halfway through. Their skins blacken some, and excess moisture pools in the bottom of the pan. I transfer the tomatoes to a food mill and pour the liquid down the drain. The food mill removes skins and seeds, but I know plenty of people who put the roasted tomatoes in a blender, seeds and all, altogether bypassing the tedious churning of the mill.

For more information on produce auctions, including price lists from previous auctions, go to http://www.uky.edu/ccd/pricereports/KYPA.

Sign-Up for Our Newsletter and get seasonal recipes, food stories, guides and more from EL&B

Lamb and beef shoulder are cuts that sometimes stump the cook, but I love them. Any cut from the shoulder melts into tender shredability when cooked low and slow. And there are few recipes as easy as ...

Romesco is a Spanish sauce that was originally served with fish. It was also originally made with a mortar and pestle. So let’s mess up tradition by serving it with, oh, nearly anything, and blending ...
Article from Edible Louisville & the Bluegrass at https://ediblelouisville.ediblecommunities.com/things-do/produce-auctions-your-bidding

Local, Fresh, and in your Inbox

Sign up for our newsletter and get seasonal recipes, food stories, guides and more from EL&B